Easier Recovery After ACL Surgery with a Patellar Tendon Graft 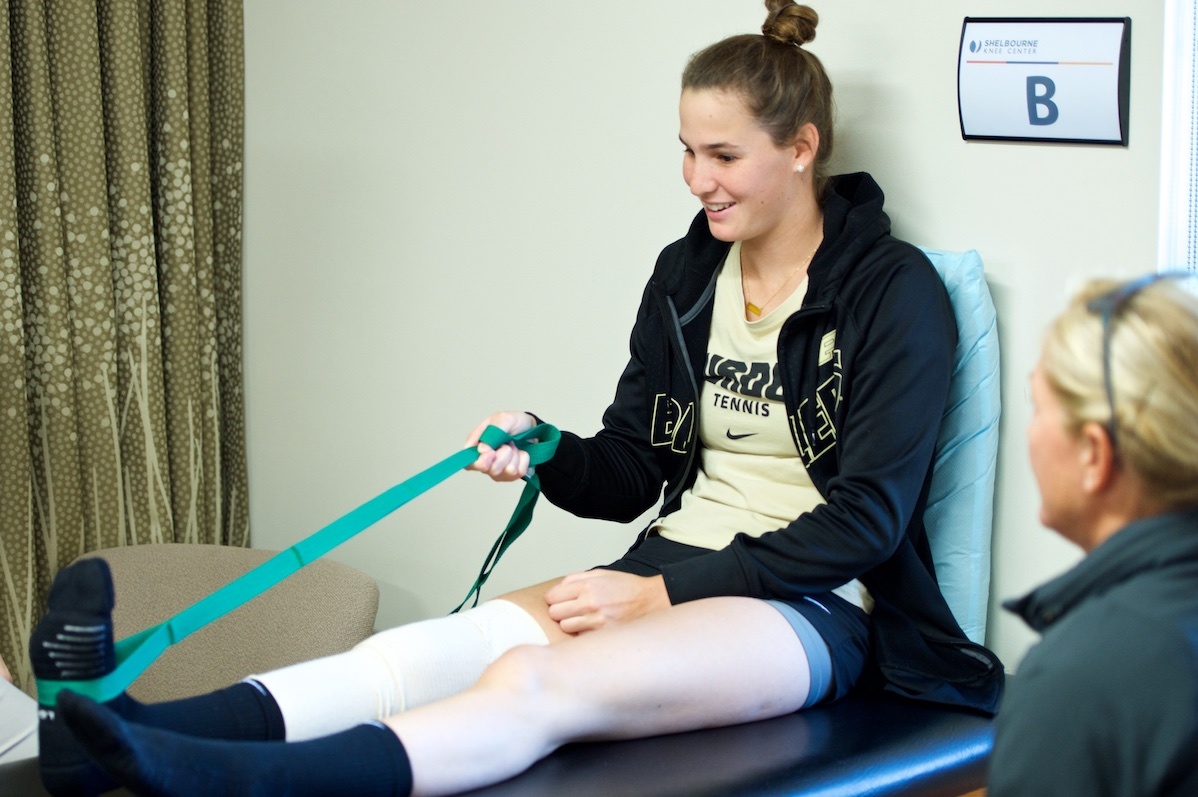 Patients who re-tear their anterior cruciate ligament (ACL) and require revision surgery usually have more difficulty recovering and a lower return to sport rate than primary ACL revision patients. That’s not what happened for revision ACL patients at the Shelbourne Knee Center. “We observed that our patients did better because we had to take the tendon from the other knee,” says K. Donald Shelbourne, MD, an orthopedic surgeon at Shelbourne Knee Center.

Data from Shelbourne Knee Center’s research program showed that revision ACL surgery patients who received a contralateral patellar tendon graft (PTG) had a quicker return of range of motion (ROM) and strength and an easier recovery than primary ACL reconstruction patients who received other types of grafts.(1) These patients also had a higher return to sport rate than primary ACL reconstruction patients at most orthopedic practices.

Dr. Shelbourne attributes the quicker return of ROM and strength and the easier rehabilitation to two factors: unrestricted rehabilitation and being mentally prepared for surgery. “The first-time patients had no idea what they were getting into. Mentally, patients having revision surgery were better prepared,” he says.

Now, each patient has a Shelbourne Knee Center personal physical therapist or athletic trainer who serves as a guide through the entire process, including:

Although rehab is more complicated with a contralateral PTG than with hamstring or cadaver grafts, pre- and post-op rehab protocols enable patients to reliably restore ROM, strength and function after surgery, and to return to sports with good stability. Shelbourne Knee Center is the only orthopedic practice in Indiana that has on-site physical therapists and athletic trainers, each of whom specializes in knee problems, and an on-site gym.

“Healing is better and faster with a contralateral PTG because rather than doing two major things to one knee, you do two relatively minor things to each knee,” says Dr. Shelbourne.

With a hamstring or cadaver graft, the perception of pain in the surgical knee is much higher than when “both knees hurt somewhat, and about the same,” says Dr. Shelbourne.

Along with allowing for unrestricted rehabilitation and a higher return to sports rate, other advantages of a contralateral PTG include:

Dr. Shelbourne presented results of primary ACL reconstruction with a contralateral PTG at the international ACL Study Group meeting in January 2020 in Austria. Held every two years, the meeting draws experts in ACL treatment from around the world who gather to share and discuss the latest science and clinical work.

At a minimum of five years post-ACL reconstruction, objective follow-up on 671 patients showed:

“Use of the patellar tendon graft (PTG) has been an overwhelming success in our practice,” says Dr. Shelbourne.