Working Side by Side for 33 Years 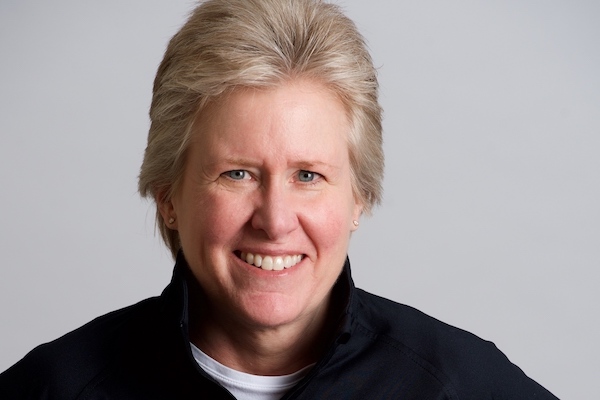 “I like working as a surgical nurse because we identify a problem that can be treated with surgery, which has a beginning and end,” says Fouts.

After Fouts assisted Dr. Shelbourne on a few cases, he asked her to work with him while his surgery technician was away. They worked together so well that Dr. Shelbourne asked Fouts to be his regular surgical nurse.

Fouts likes working with patients and is able to do this more at Shelbourne Knee Center—in the OR and in the clinic—than she could at IU Health Methodist Hospital. She also began handling some administrative work for the practice.

In 2015, Shelbourne Knee Center became part of the Community Health Network. Fouts became the center manager, along with working with Dr. Shelbourne in the OR and clinic.

When Dr. Shelbourne is performing procedures, Fouts is by his side. The rest of the time, she handles the administrative work and serves as the practice’s liaison with Community Health Network.

Doing What’s Best for Each Patient

Fouts has stayed with Dr. Shelbourne for so long because of his focus on providing optimal patient care and his team-based approach to providing that care.

“I love being able to work side by side with Dr. Shelbourne as he does the cases,” says Fouts. “He’s an excellent surgeon and we always do what’s best for each patient.” Fouts calls Dr. Shelbourne “a person first and a doctor second,” and appreciates the respect he shows to her and all other team members.

Growing Up in Indiana

Like Dr. Shelbourne, Fouts grew up in Indiana. They both also studied at Indiana University, where Dr. Shelbourne earned his medical degree and Fouts earned her nursing degrees. Fouts was a student athlete. In high school, she was on the swim, tennis and basketball teams. In college, she played water polo. Fouts remains active today, swimming, riding her bike and working in her flower garden.

For more information about getting the best knee care at Shelbourne Knee Center, call 888-FIX-KNEE.