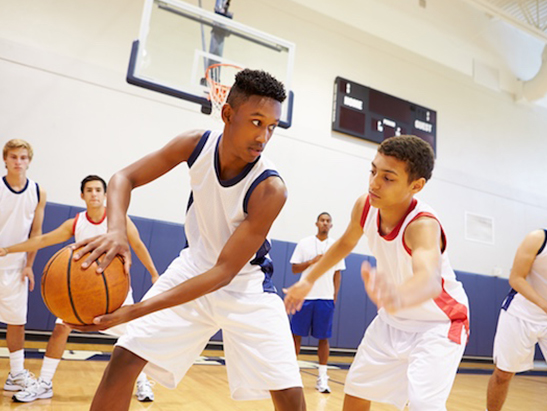 Return to Sport and Re-injury Rates

The re-injury rate in the first 5 years after revision surgery ranged from 2% to 5% (1), which is lower than what has been reported in the literature for young competitive athletes after primary surgery. Other research on Shelbourne Knee Center patients found a re-injury rate after primary ACL reconstruction for either knee of 9.6% (2).

“Many people believe that revision ACL surgery results are quite a bit worse than primary ACL reconstruction results, and that other grafts are better than or equal to patellar tendon grafts. Our study shows this isn’t true,” says Rodney Benner, MD, an orthopedic surgeon at Shelbourne Knee Center. Dr. Benner is one of the study authors, along with K. Donald Shelbourne, MD, orthopedic surgeon, and Tinker Gray, MA ELS, research manager and medical writer.

Subjects in the Shelbourne Knee Center study were primarily basketball, soccer, football and volleyball players. They were grouped by:

Researchers used an activity survey to determine the sport and sport level patients participated in before and after surgery. They also obtained responses from the International Knee Documentation Committee (IKDC) knee survey and the Cincinnati Knee Rating System (CKRS) survey.

The rate of return to the same sport at the same level was:

The rates of subsequent ACL injury to either knee were:

At two years postoperatively, the mean survey scores were:

Factors contributing to the higher return to sport rate and lower re-injury rate at Shelbourne Knee Center include:

“The most important factor is use of PTGs by surgeons who specialize in knee problems and have done a high volume of complicated revision ACL surgeries,” says Dr. Benner.

Study results are useful in counseling patients about return to sport and risk of subsequent injury after ACL reconstruction. “We want to make sure our patients understand what they’re up against should they choose to return to sport after ACL revision surgery,” says Dr. Benner. The results are also useful to other orthopedic surgeons in choosing a graft and rehabilitation program and as benchmarks against other surgical and rehab treatments.