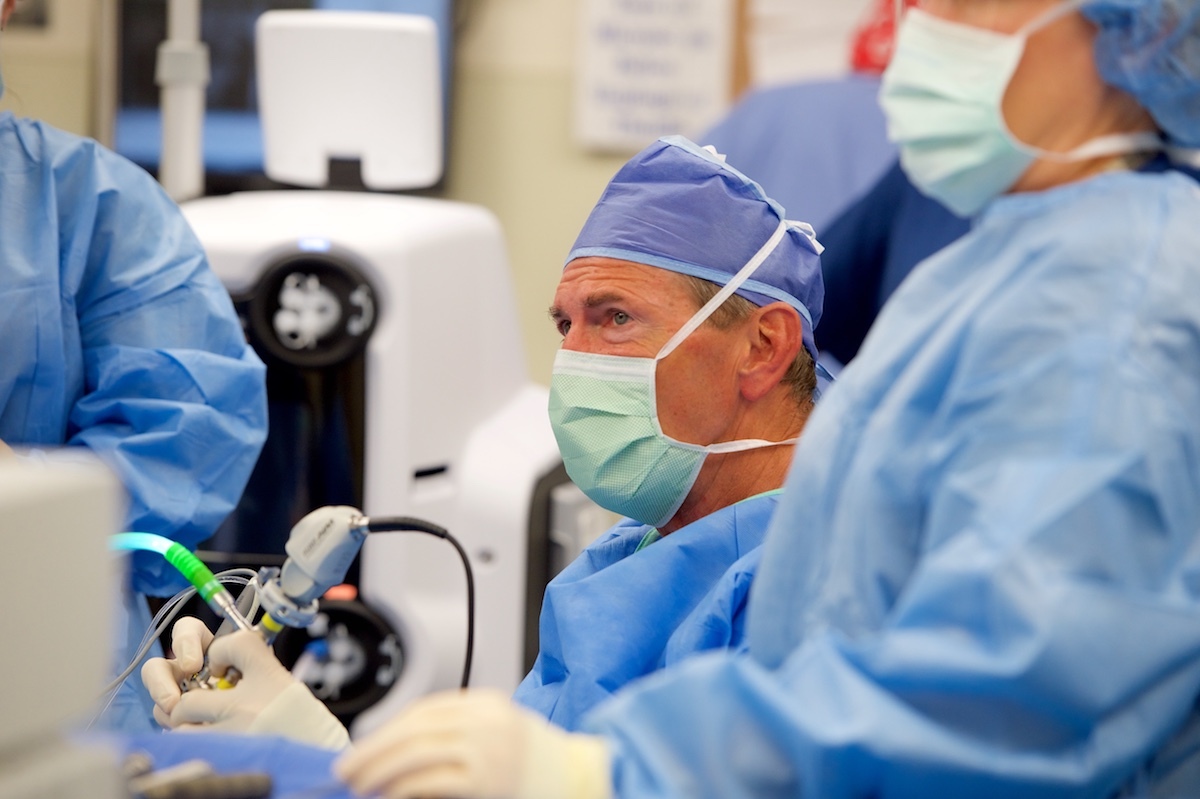 After anterior cruciate ligament (ACL) reconstruction, limitations in range of motion (ROM) reduce the ability of patients to return to sports and function normally, and increase symptoms such as pain. Even a small loss of knee extension—3° to 5°—has a negative impact,1 according to groundbreaking research conducted at Shelbourne Knee Center.

The study that identified the importance of normal ROM after ACL reconstruction followed 502 patients who had this procedure with an ipsilateral autogenous patellar tendon graft at Shelbourne Knee Center between 1982 and 1994. As part of the ACL reconstruction process, patients completed the center’s ACL rehabilitation program, which focuses on improving ROM before strengthening. During the study period, rehabilitation was slightly different before and after 1986. Starting in 1987, the center introduced the accelerated ACL rehabilitation program.

Dr. Shelbourne and Tinker Gray, MA, published their findings in the article “Minimum 10-Year Results After Anterior Cruciate Ligament Reconstruction: How the Loss of Normal Knee Motion Compounds Other Factors Related to the Development of Osteoarthritis After Surgery” in the American Journal of Sports Medicine in 2009. Gray is a research manager and medical writer at Shelbourne Knee Center.

The researchers prospectively evaluated patients using both objective and subjective methods at >10 years post-surgery, with a mean of 14.1 years. Objective evaluations were a key component of the study. “Loss of motion can’t be evaluated by a questionnaire. It has to be examined,” says Dr. Shelbourne.

The objective evaluations were performed at 2, 5, 10, 15 and 20 years after surgery during research visits to Shelbourne Knee Center, using the International Knee Documentation Committee (IKDC) criteria. Normal knee motion was defined as being within 2° of extension (including hyperextension) and 5° of flexion compared with the uninvolved knee.

The researchers concluded that “even 3° to 5° of knee extension loss compared with the opposite knee, to include loss of hyperextension, adversely affected the subjective and objective results after surgery, especially when coupled with meniscectomy and articular cartilage damage.”

“In no other joint in the body does it matter to have equal ROM,” says Dr. Shelbourne.

Shelbourne Knee Center continues to track ROM and other patient outcomes. The research program currently has more than 38 years of data on more than 13,000 patients. Findings are used to continuously improve treatment for ACL tears and other knee problems.

The 2010 Hughston Award was the second given to Dr. Shelbourne. In 2000, he received the same award for “The Natural History of Acute, Isolated, Nonoperatively Treated Posterior Cruciate Ligament Injuries,” co-authored with Thorp J. Davis, MD, and Dipak V. Patel, MD.2